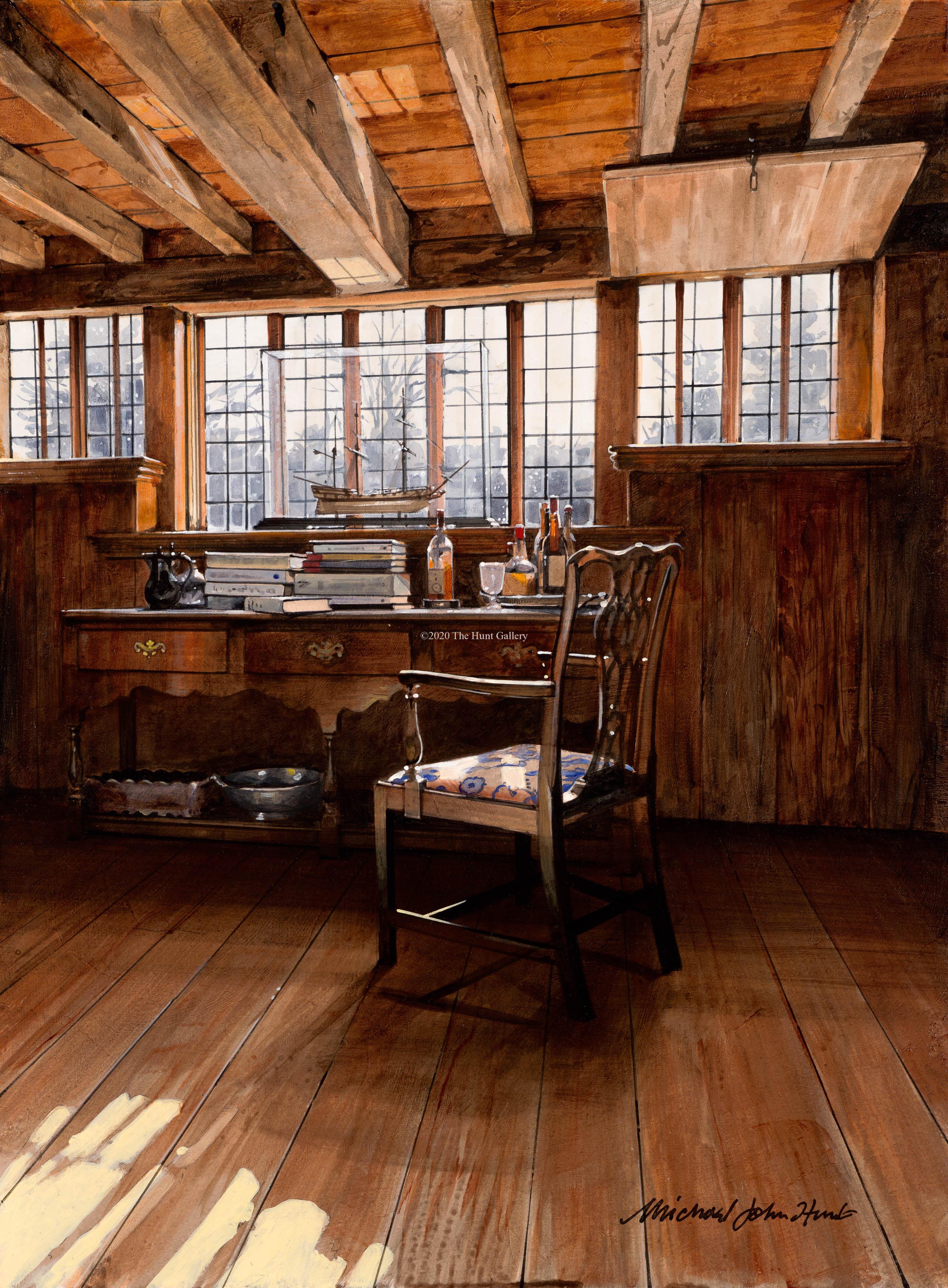 by
Michael John Hunt
Acrylic on panel
16" x 12"
Ahoy!  I've always liked and admired historic model boats having spent many years of my childhood in the Greenwich Maritime Museum.  The boat 'Rattlesnake', a British frigate, was captured by the Americans in 180000 and the re-captured by the British a few years later...  now it sits on my window sill where I can muse on its history.